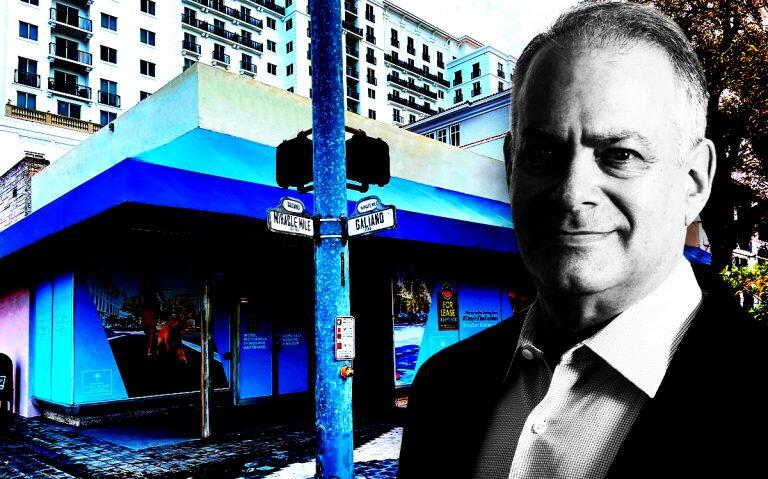 THE REAL DEAL- January 5, 2022 BY FRANCISCO ALVARADO In a $6.8 million deal, Terranova added another Miracle Mile retail building to its Coral Gables portfolio.

The Miami Beach-based commercial real estate firm headed by Chairman Stephen Bittel bought the one-story site at 93 Miracle Mile, making it the 15th property Terranova owns on the street, according to a press release. The holdings span 120,000 square feet. Recently, Terranova obtained $55 million in refinancing for its Miracle Mile assets.

An affiliate of Wexford Capital, which is based in West Palm Beach and Greenwich, Connecticut, sold the corner property on Galiano Street for $800,000 below the previous purchase price from five years ago. The Wexford affiliate paid $7.6 million in 2016, according to records.

The 9,000-square-foot vacant building was previously occupied by Navarro Discount Pharmacy, which closed after the chain was acquired by CVS in 2014, the release states. In a statement, Terranova President Mindy McIlory said the firm plans to bring in a “strong, high-profile tenant.”

Terranova has nearly $1 billion in commercial real estate assets and purchased its first Miracle Mile property almost 20 years ago, the release states. In the past two years, the firm has acquired five properties on Miracle Mile, which underwent a $21 million streetscape makeover by the city of Coral Gables.

In October, Terranova paid $7.8 million for two storefronts at 232 Coral Way and 330 Miracle Mile, which are a few blocks west of the firm’s most recent acquisition. In another purchase last year, Terranova acquired a single-story building at 300 Miracle Mile for $6 million.

Stephen Bittel Maneuvers Terranova Through a Post-Pandemic World with $55 Million...

Year Why Reading More is the New Year’s Resolution You Should Actually Stick...
Scroll to top