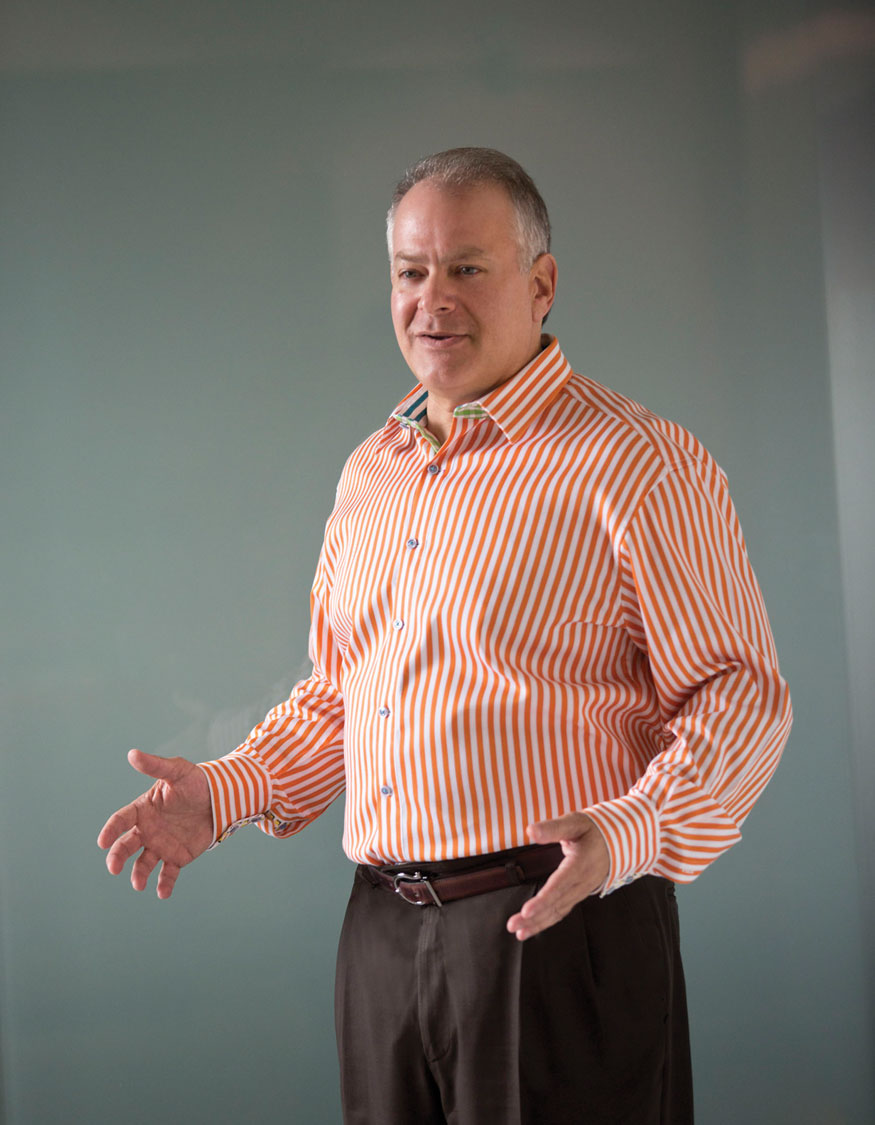 MIAMI HERALD — October 12, 2014 — BY INA PAIVA CORDLE Stephen H. Bittel, chairman of Terranova Corp., has reached new heights in the realm of commercial real estate since his firm’s $342million sale of a portfolio of six buildings on Lincoln Road in Miami Beach — one of the largest property deals in South Florida history. Terranova remains an owner and managing member of the properties, in a new partnership with Morgan Stanley Real Estate Investing. In total, Terranova Corp., which Bittel founded in 1980, owns and operates more than $1 billion of real estate in Florida, mostly in South Florida.

We sat down with Bittel in his Miami Beach offices to discuss his background and company, and then emailed him these questions to which he responded.

Q. You are a Miami native, yes?

A. I am as native as one could be, having been born at Jackson Memorial Hospital, the second of three children of my very active parents, Jordan and Judy Bittel who grew up on Miami Beach. My father always joked that when our families got down here, there were only Claude Pepper and the alligators. A product of the Miami Dade County Public School system from grades one through 12, I continued my education at Bowdoin College, with my sister, and son, later graduating from Bowdoin as well. While it’s a long way to Brunswick, Maine, we still feel uniquely close to the college.

Q. Did you originally intend to be a lawyer?

A. After Bowdoin, I spent a year in Europe, as a Watson Fellow, and applied to law school while abroad. As the son and grandson of attorneys, I grew up always planning to follow in their footsteps professionally, but by the time I began at the University of Miami School of Law, I was headed in another direction, working full time in commercial real estate during my first year of law school, and then starting what is now Terranova during the fall of my second year. While somehow I managed to graduate and pass the bar as a result of some remarkable study group partners who always reeled me back in to focus on our exams, working full time while simultaneously a full time law student might not be recommended for those requiring normal sleep.