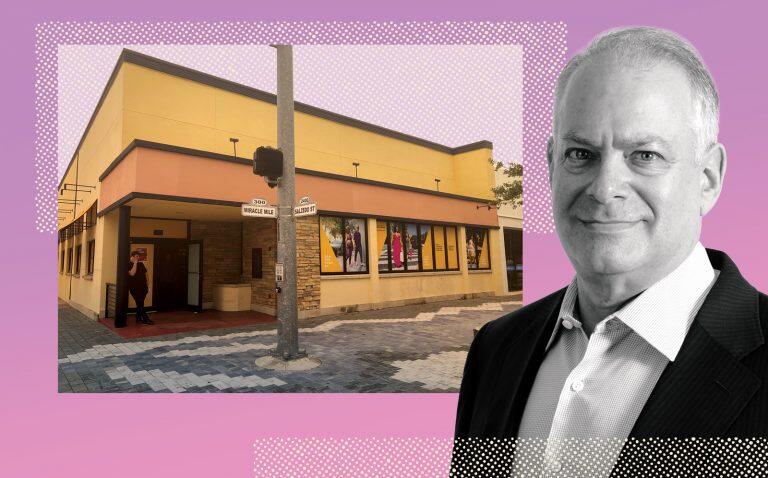 The Miami Beach-based real estate firm, led by Stephen Bittel, paid $6 million for the corner property at 300 Miracle Mile, previously home to California Pizza Kitchen, Bittel said. It marks the 12th property Terranova owns on the retail street and the fourth on that block. The restaurant closed early during the pandemic.

The big question is whether these moves will make up for the hits to the office market during the pandemic. If so, this could lead to developers spending hundreds of millions of dollars on office construction and renovations to capture premier tenants.

The Mildred Weissel Trust sold the 5,950-square-foot building after more than 70 years of ownership. Stephen Bittel said he has “chased this building now for 15 years.”

“We always dreamed that when she was ready to sell that we would get the first call,” he said, referring to trustee Judy Weisel.

Terranova is in talks with a national concept that will be making a large investment in the space, Bittel said, declining to provide a name.

The single-story building, built in 1949, sits on a 6,000-square-foot lot, property records show.

Bittel’s other properties on the block include 308, 348 and 360 Miracle Mile. 308 Miracle Mile is adjacent to the property Terranova just purchased and is leased to the Miami-Dade County Public Library system.

Sushi Sake, as well as a reboot of John Martin’s, and Dickey’s BBQ Pit are new restaurants opening at properties on Miracle Mile.

Agave Holdings’ 2.25 million-square-foot The Plaza project, one of the largest developments underway in Coral Gables, is under construction a few blocks south of Miracle Mile. Loews Hotels is anchoring the mixed-use mega project.