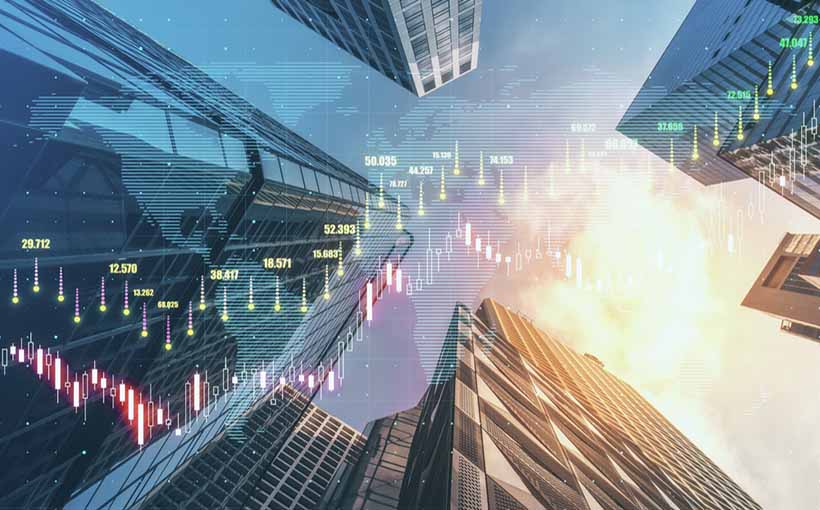 On July 27, 2022, the Federal Reserve hiked the effective federal funds rate (EFFR), adding to the increases made in March, May and June of this year. And less than 24 hours later, the Bureau of Economic Analysis reported that the U.S. economy contracted for the second straight quarter, with GDP falling 0.9% at an annualized pace for the period.

The question that keeps being asked is how this ongoing economic news affects commercial real estate. By way of answer, experts tell Connect CRE that commercial real estate isn’t unscathed from the ongoing economic headwinds. But they also explain that thoughtful planning, de-levering, intelligent capital strategies and appropriate asset allocation can help move the industry—and its owners and investors—through a shaky economic future.

So, What’s Going On?

First of all, yes. Current volatility has been, and continues to, exerting its influence on commercial real estate. For one thing, deals are slowing down. Darren Pitts, executive vice president with Velocity Retail Group, said that large land deals for residential developments are falling out of escrow for the first time in years, while increasing interest rates are putting would-be homebuyers on the sidelines. This could be a problem, due to the “retail follows rooftops” adage. And across both residential and commercial real estate, “increased land costs, increased construction costs and now increased buyer financing costs are proving to be a difficult trifecta of problems to overcome,” Pitts acknowledged.

Then there is the ongoing disconnect between buyers and sellers, with the widening spread between bid and ask. “Sellers are seeking the price that was attainable last year, while buyers expect a discount because of the higher cost of capital,” observed Terranova Corp.’s Founder and Chairman Stephen Bittel.

But Is the Sky Falling? Not Necessarily

While commercial real estate is a single industry, it pays to remember that it’s a hugely diverse one. Chelsea Mandel, co-founder and managing director of Ascension, acknowledged that investors and owners who placed mortgage-level financing on assets are definitely experiencing increasing costs of capital. “But there are tons of all-cash buyers, including private 1031 investors, that are somewhat insulated, at least, from shorter-term spikes,” she pointed out.

Along the lines of de-levering in favor of more liquidity, Bittel said Terranova had refinanced its portfolio in late 2021 to have the capital to jump on potential deals that make sense. “Our strategy has definitely shifted to focus on distress opportunities,” he said.

On the other hand, CONTI Capital is maintaining its current strategy and focus on Class A multifamily properties in the Sun Belt. “We remain extremely active in the market, seeing great opportunities offered at a discount, compared to only a few months ago,” said Carlos Vaz, CONTI’s founder and CEO.

And Mandel said her company is seeing an increase in sale-leaseback transactions, as business owners sell their real assets to pay down their debt or boost cash reserves. “(Sale-leasebacks) continue to intrigue business owners. Especially with higher mortgage rates, the relative attractiveness of a sale leaseback becomes even more enticing when business owners consider their alternative for financing company owned real estate,” she said.

While economic uncertainty can prompt investors and owners to stay on the sidelines until things calm down, Bechtel said this simply isn’t a realistic stance. “The maintenance and operation of commercial assets can’t always be paused,” he said, “and capital can’t be sidelined forever.” Even in the current uncertainty, property owners and managers need to find ways to move plans forward, while capital providers need to find “the appropriate opportunities to place money, as their investors seek to generate higher yields,” Bechtel said.

Gazing into the Crystal Ball

Predicting the future can be difficult, and that’s especially the case with what’s happening. Velocity Retail’s Pitts believed that the “constant rate hikes will definitely be a drag on the national economy,” while Vaz took the opposite stance, that the economy, overall, is “in a relatively strong position to withstand the current pace of interest rate hikes.”

But the experts were unanimous that real estate is likely in a good place, even as the consumer-led economy continues faltering.

Bittel explained that experienced, well-capitalized owner-operators should do well, depending on their asset allocations. And, as always, the asset type matters, too. James C. Bieri forecasted that the office sector will be negatively impacted, as will new home builds. “Multifamily remains intense, industrial will take a breath from the breakneck pace to expand and malls will be hurt as they sell discretionary goods,” said Bieri, who is principal with Stokas Bieri Real Estate. Velocity’s Pitts allowed that retail is likely to suffer as consumers switch product spending to higher energy costs, but “look for some of the value retailers to shine again like they did in 2009-2012, providing more value to the customer.”

Meanwhile, Red Oak’s Bechtel indicated that borrowers are examining different capital offerings they might not have considered in the past, such as collateralized loan obligations (CLO) for securitized bridge offerings. Even as CLO spreads are impacted, “fixed-rate bridge lenders have become more attractive to both borrowers and investors,” he said.

Ang acknowledged that real estate, as an industry, is likely to take a short-term dip in the case of a recession, but “it’s too valuable of an asset to stay down for long,” he said. Bieri agreed, adding :“there still remains a lot of capital looking for a return. Long-term, real estate is a good place to seek return.”

What To Expect For The Second Half Of 2022 In Commercial Real Estate With Stephen...
Scroll to top