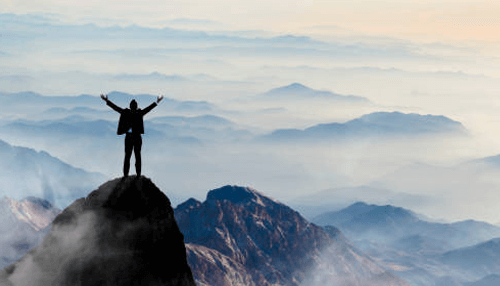 TYCOON STORY — JULY 1, 2021 While the cause of an economic cycle to this day is still a hotly debated topic amongst economists, the one thing that can be agreed upon is the economy experiences periods of growth and recession in a cyclical nature. This cycle has been broken down into four distinct phases: expansion, peak, contraction and trough. During expansion, there is increased employment, economic growth and upward pressure on prices, which eventually comes to the highest point of the business cycle known as the peak. After a peak, the economy typically contracts, entering into a correction during which growth slows, employment declines, and pricing pressures subside. The trough is the point at which the economy has hit a bottom, and is the point from which the cycle starts itself over again.

At the heart of every entrepreneur’s aspiration for their business is longevity. Few people start a company without the intention of watching it evolve over the years, surmounting obstacles and growing to celebrate the years in business and eventually decades. However, in order for any entrepreneur to have their business not only survive but also thrive, they must be aware of the inevitability of business cycles and be able to effectively navigate them.

Stephen Bittel, founder and chairman of Terranova Corporation, has managed to master such navigation tactics. Terranova is currently in its 41st year of business and has grown from Bittel’s home office to become one of the top commercial real estate companies in Southern Florida. In that time, the company has made its way through six recessions including the one that is currently ongoing as a result of the coronavirus pandemic, and thanks in part to Bittel’s leadership has come out of each one stronger than before. Below, we explore how the business has handled some of the major recessions and what Bittel believes is the right course of action for doing so.

Born and raised in Miami, Bittel was a product of the Miami-Dade County public school system, attending from first grade through to his senior year of high school. Seeking experiences vastly different from what he had grown up with, Bittel decided to attend university in Maine at the highly selective liberal arts school Bowdoin College. A fish out of water, although he initially felt overwhelmed by the demand for academic rigor of a private university in comparison to his public school education, he was eventually able to adapt to the school’s demands and graduated magna cum laude from the university in 1978 with a degree in economics. During his final year at the college, Bittel was awarded the Thomas J. Watson Fellowship, a grant that enables graduating seniors to pursue a year of independent study outside the United States.

https://terranovacorp.com/wp-content/uploads/2021/07/After-Four-Decades-Stephen-Bittels-Terranova-Has-Mastered-Navigating-Down-Business-Cycles-Tycoonstory.png 286 500 admin https://terranovacorp.com/wp-content/uploads/2022/02/TerranovaLogo-1.svg admin2021-07-01 19:36:352022-09-29 20:00:11After Four Decades, Stephen Bittel’s Terranova Has Mastered Navigating Down-Business Cycles
Remote work is losing its luster, and employers are calling people back to the...