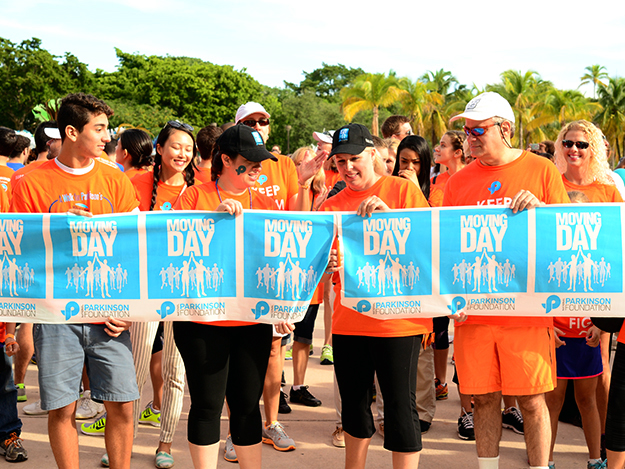 Led by Mindy McIlroy who serves as a board member and supported by Stephen Bittel who has been a major donor, the nonprofit organization has been able to open multiple Centers of Excellence across the country dedicated to developing new treatments and improving care for people with the disease. Ms. McIlroy led the 2014 and 2015 campaigns for Moving Day Miami, which is the National Parkinson’s Foundation’s annual fundraising walk, setting fundraising records which remain unsurpassed. The Miami Chapter raised a record-setting $400,000 in 2014 and continued growth in 2015, when it raised over $430,000. Making history by representing the first single team to raise over $100,000, McIlroy received the “Rookie of the Year” award in 2014 and “Top Corporate Team” award for two consecutive years.