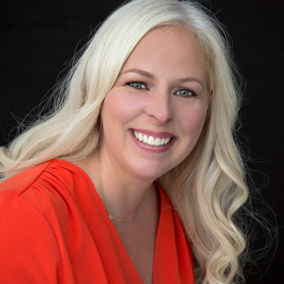 MIAMI BEACH, FL – July 25, 2018 – Terranova Corporation chairman and founder Stephen Bittel announces the promotions of three of the visionary firm’s senior executives – Mindy McIlroy, Josh Gelfman and Ozzie Dominguez.  Says Bittel, “True leadership is all about not only what you do to further company goals but also what you give to others. With that in mind, if you are in a position to do something to advance the professional opportunities of others in our community we strongly urge everyone to do so with enthusiasm. Our team has always endeavored to play a leadership and advisory role in every facet of community life and real estate. The success of our business is inextricably linked to the success of the communities and our employees who shape them.”

Mindy McIlroy becomes the third female president at Terranova since its incorporation in 1980. McIlroy began her commercial real estate career with the company more than 20 years ago; her talent, professionalism and hard work fueled her rise within the firm, from her start as a retail leasing trainee to her current position as president.  Prior to her promotion she held the title of executive vice president. Her industry knowledge and experience have been instrumental in the company’s move into mixed-use and High Street retail, where Terranova is the largest single retail property owner on both Lincoln Road in Miami Beach and Miracle Mile in Coral Gables.  With nearly a billion dollars in retail leasing deals to her credit, McIlroy’s expertise spans a wide gamut of retail properties, from suburban shopping centers to lifestyle entertainment centers to urban retail and mixed-use projects. Beyond a strong commitment to the fundamentals of profitable commercial real estate, McIlroy believes strongly in the power of networking and civic involvement. She is a founding member of the Lincoln Road Property Owners Association; served as president of the Coral Gables Business Improvement District in 2015 and 2016; and is currently a board member of the National Parkinson Foundation and Coral Gables Business Improvement District. She has been ranked by CoStar as a Power Broker – Top Broker; acknowledged in 2015 by Real Estate Forum as a Southeast Woman of Influence; and recognized by the Coral Gables Chamber of Commerce as the 2016 AXA Advisors Businesswoman of the Year.

Josh Gelfman brings over a decade of urban planning and development experience in both Miami and New York City to his new role as vice president of development. Now in his fifth year with Terranova focusing on public/private real estate transactions, Gelfman is an active member of the Urban Land Institute.  Among his most recent projects is developing the firm’s first food hall, The Lincoln Eatery, scheduled to open in December 2018. Prior to coming to Terranova Gelfman was the senior vice president at the New York City Economic Development Corporation where he worked on projects that will result in billions of dollars of private investment throughout New York City.  Projects include the development of a 500,000 square foot hotel and condominium project in Brooklyn Bridge Park, the development of the world’s largest observation wheel and New York City’s first luxury outlet mall on 15 acres of surface parking lots in Staten Island, among others. In his new role, Gelfman will play a key role in the development and repositioning of Terranova’s newest industrial/mixed-use project, T2.0 (formally PepsiCo’s Miami-Dade offices and bottling plant just east of Downtown Doral).

A 30-year veteran in the shopping center and commercial real estate industries, Ozzie Dominguez assumes the role of vice president of property management. For the past five years, most recently as general manager, he has managed Terranova’s luxury portfolio, encompassing properties from Miami Beach to Coral Gables.  In his new position leading the property management team, Dominguez will oversee Terranova’s full portfolio of nearly $1 billion in commercial real estate assets.  While spearheading day-to-day operations, he remains highly involved with each tenant and asset and is an integral link to each city and the relations with the properties he manages. Prior to joining Terranova in 2013, Dominguez held the position of regional vice president for Simon Property Group in Miami, FL.  He was responsible for an elite group of regional malls representing over 15 million square feet of retail space, from central Florida to Puerto Rico including Dadeland Mall. Dominguez is actively involved with the Greater Miami Convention & Visitors Bureau, the Coral Gables Chamber of Commerce and the Coral Gables Business Improvement District (BID), and a key member of the Lincoln Road BID where he currently serves on the board and executive committee.

Terranova Corporation, South Florida’s leading commercial real estate firm, is involved with nearly $1 billion in commercial real estate assets for its partners and its own portfolio. Terranova’s comprehensive array of services include high street retail, leasing & property management and acquisitions/joint ventures. Services are offered to a select group of partners/clients who count on us to maximize the value of their real estate.