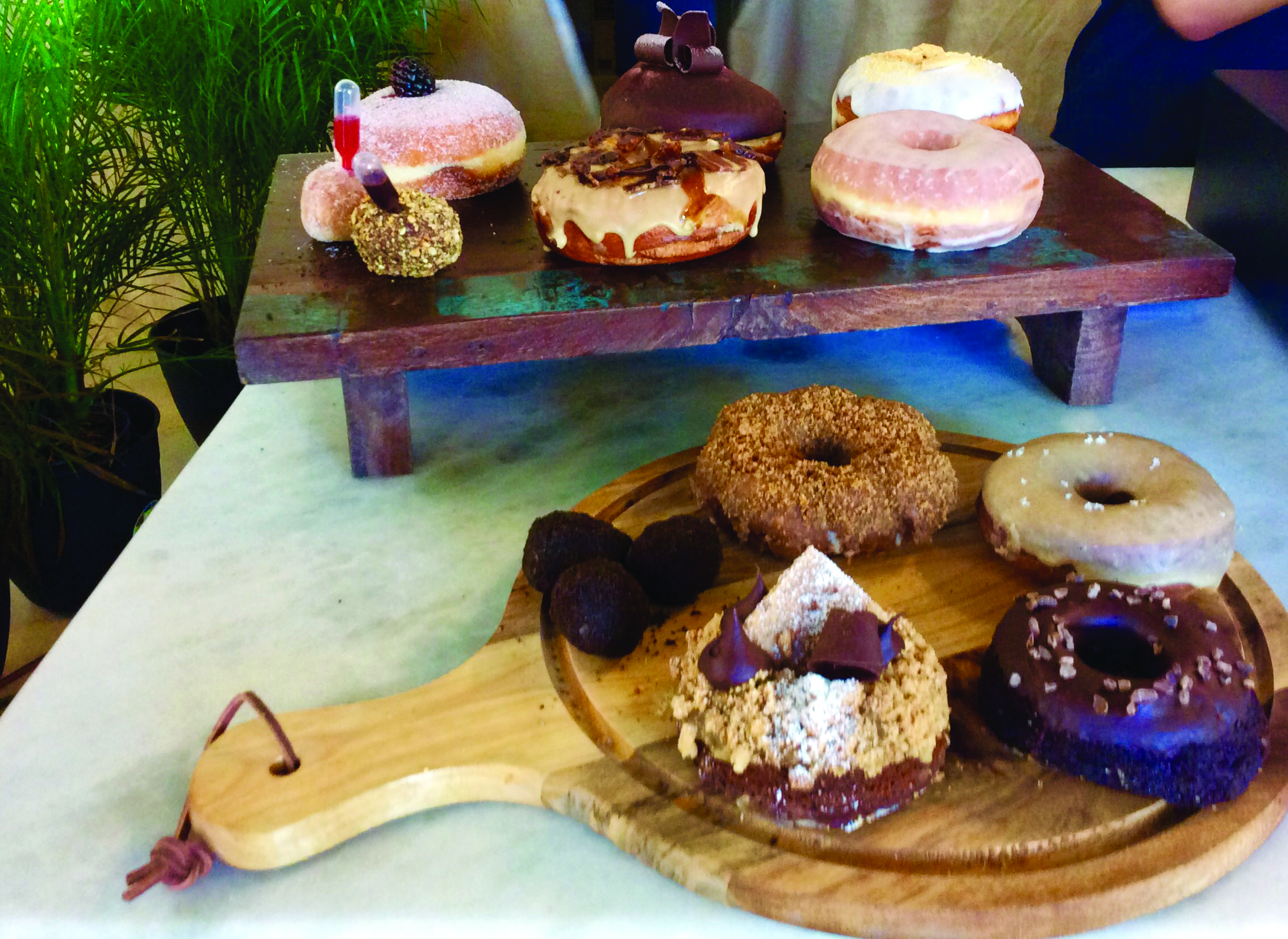 March 31, 2017 — TERRANOVA TRENDS — BY ANGELA SHLYAKHOV As far as desserts go, sugar makes us all a wee bit crazy. First came the cupcake craze, then the frozen yogurt craze, then the cronut crazy and now… it’s the old stand-by glamorously revamped with fancy names… it’s the 2016 decadent DOUGHNUT or DONUT craze and the retailers could not be any happier.

Donuts have had a recent glamorous makeover and are now attracting even more customers but they are not just appealing to our men and women in blue anymore and the old stereotypes of the typical donut muncher. Now they are highly sought after by glamorous divas and fashionable men who partake in their delights and bring them as fancy house gifts for dinner parties as desserts and delightfully display them at posh birthdays, weddings and other glam events. One uber fashionable site appropriately titled highsnobiety.com even prominently displays a sushi donut and they look delicious decorated with black sesame, ginger, wasabi, cashew and avocado. These donuts seem healthy too. Other fancy donuts are bacon paired with a maple glaze or icing, M&M and potato chip donuts and many other artisanal donuts.

CLICK HERE TO READ THE LATEST INSTALLMENT OF TERRANOVA TRENDS